Gender & Health in the Global Economy of Knowledge - Raewyn Connell 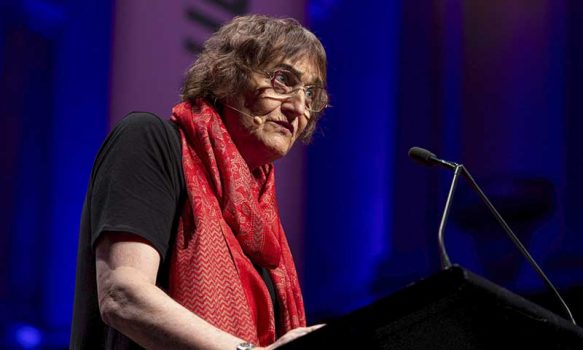 On February 3rd 2021, the Lancet Commission on Gender and Global Health kicked off with its first fortnightly seminar. In the spotlight was Commissioner Raewyn Connell, Professor Emerita at the University of Sydney and Life Member of the National Tertiary Education Union. Raewyn was joined by fellow Commissioners, the Co-Chairs and a public audience joining via YouTube live stream, to discuss where gender and health are positioned within the broader global economy of knowledge.‍

Connell’s seminar began with a provocation to her fellow Commissioners: what kind of knowledge is involved in a project like the Commission on Gender and Global Health? And where better to start than with a reflection on the Lancet itself?

The Lancet, Connell explained, embodies a particular way of using and organising knowledge, exemplified in the familiar rhetoric of ‘science-led’, ‘evidence-based’, ‘research excellence’. This model of knowledge, termed by Connell the Research-Based Knowledge Formation (RBKF), is also dominant in university curricula around the world, and in most academic publications.

However, for Connell, COVID-19 has starkly exposed the limitations of this form of knowledge. She argued that while virologists working in the RBKF have gained much knowledge of the virus and translated it to the public with considerable effect, the same pattern of research doesn’t have a good grip on the social disaster represented by the spread of the virus. These limitations become increasingly apparent when we factor in gender, Connell continued.

It is clear that the impact of the pandemic is gendered. Data suggest that although rates of infection are close to equal among men and women, globally men are more vulnerable and are more likely to be hospitalised and to die from the COVID-19 than women. But the gendered dimensions of the pandemic reach far beyond health outcomes, Connell reminded us.

Gendered patterns of power and privilege contour the pandemic. Among examples Connell mentioned were:

For Connell, we have failed to fully address the social disaster of the pandemic, and the full extent of its gendered impact, precisely because of our reliance on the familiar Research-Based Knowledge Formation. Both the HIV and Ebola epidemics taught us how vital community-based knowledge is to tackling an epidemic; and yet the official response to COVID-19 has been, overwhelmingly, top-down. ‍

The Coloniality of Knowledge ‍

To understand why the Research-Based Knowledge Formation fails to capture the full spectrum of gender dynamics, Connell invited us to attend to the history and social context within which it emerged. Specifically, the global expansion of European empires and the colonisation of large parts of the world and its population, from roughly 500 years ago.

The processes of colonialism itself were strongly masculinised, Connell argued. Not only was colonial conquest undertaken by a gendered workforce, but it also massively disrupted existing gender relations among the colonised. With colonialism came new gender orders, produced within colonial societies; which the post-colonial gender orders of today are descended. Here, the concept of the coloniality of power, developed by Peruvian sociologist Aníbal Quijano, is pertinent. Quijano argues that in the context of empire, institutions and power structures in colonies were built around the relationship with the metropole (the imperial centre); and crucially, that this pattern has persisted in the states and other institutions of the post-colonial period.

Similarly, Connell continued, the Research-Based Knowledge Formation was created within this framework of Empire as a masculinised, colonial system of knowledge. And as Quijano's concept of the coloniality of power would imply, the pattern of the coloniality of knowledge continues today. As Charles Darwin extracted data from the colonised world in the nineteenth century, so today does the post-colonised world generally serve as a gigantic data mine that provides flows of data back to the imperial centre in the global North. The result is a broad global division of labour between the collection of data in the global South and the processes of collating data, theorising, and developing applied sciences, mainly located in the elite institutions of the global metropole. For knowledge workers in the periphery, this results in a pattern of ‘academic dependency’ or ‘extroversion’. These structures, Connell argued, are built into the Research-Based Knowledge formation on a global scale. The hegemony of this formation continues to marginalise, if not completely discredit and reject, other formations of knowledge.

However, as Raewyn emphasised, there are indeed other knowledge formations - sophisticated and complex in their own right - that have survived or emerged in the past 500 years. They include alternative universalisms (often associated with widespread religions), local practical knowledges (in fishing communities for instance), and indigenous knowledges in many parts of the world. Illustrating this, Connell drew on the iconography of the painting Sugar Leaf Dreaming, by a group of Aboriginal women from a central desert community in Australia, that synthesises gendered knowledge of land, food sources, and human relationships. Other knowledge formations can provide understandings of gender beyond the limits of RBKF.

In particular, Raewyn stressed the importance of the work of intellectuals in post-colonial societies that respond to the conditions of colonial and postcolonial societies.  This is what she calls ‘Southern Theory’. For Raewyn, their work offers new agendas and approaches through which to understand gender and health. Included in a brief overview of such intellectuals, Connell cited:

Circling back to the Commission itself, Raewyn concluded her seminar with three challenges to the Commissioners. 1) We need to attend to knowledge that comes from the global South, which may change both our concepts and our agendas. 2) We need to consider how we view the ‘gender’ in gender and health, looking beyond a conception centred on individual bodies and individual identities, and think about the gender patterns and structures of the economy, institutions, and relations with the environment. 3) We need to recognise that there are perpetrators out there: people who benefit from gender inequality, drawing dividends from inequality and marginalisation; and there are political leaderships that trade on fear and hatred.

As the Lancet Commission on Gender and Global Health begins its work, Raewyn reminded us all that developing an adequate response to the problems of gender and health is not just a cognitive exercise, but also an exercise in courage.

You can watch the full online seminar here. The next seminar in the series will be:

Imogen Bakelmun is the gender and migration officer and public engagement lead at the Centre for Gender and Global Health where her work focuses on the intersections of creative practice and academic research with a particular interest in race, racialisation and migration. Imogen is also the Communications director at Global Health 50/50, and curator of the Global Health 50/50 photography and representation project, This is Gender. She holds an MA in Visual Cultures from Goldsmiths, University of London, and a BA in English Literature from King’s College London.