A journey into the messy nexus of agency, international justice and global health - Ben Cislaghi 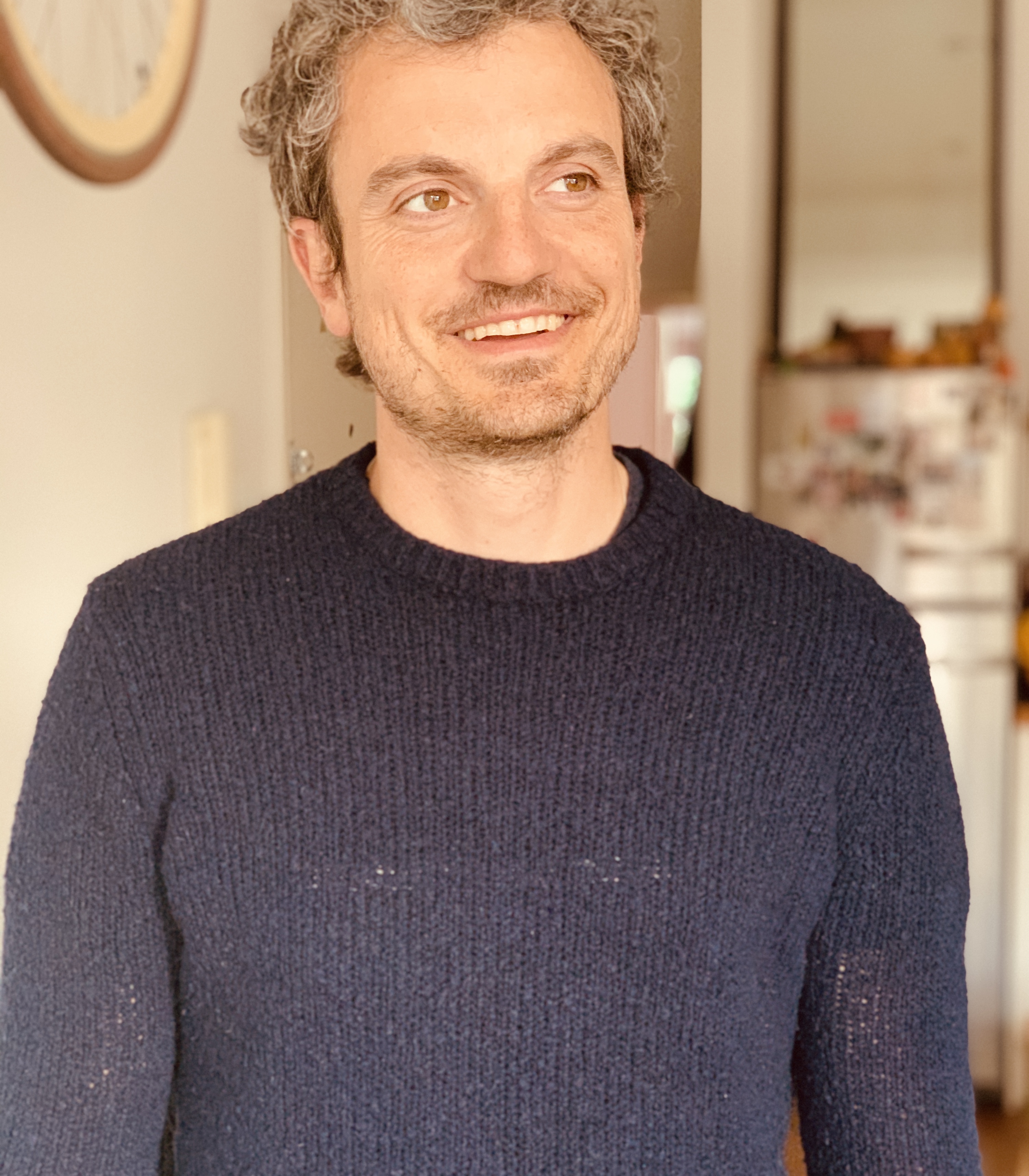 The fifth instalment of the fortnightly Lancet Commission on Gender and Global Health seminar series was presented by Dr Ben Cislaghi, who serves as a Lancet Commissioner, and as an Associate Professor at the Gender, Health and Violence Centre at the London School of Hygiene and Tropical Medicine. Cislaghi brought his expertise in ethics, gender equality, and violence to offer a non-western framework to understand the deep psychological and social processes contributing to gender inequality. This session was facilitated by Lancet Commission Co-Chair Pascale Allotey (UNU-IIGH) and attended by other Lancet Co-Chairs and Commissioners as well as a public audience via YouTube live stream.

Cislaghi opened the seminar with a moment of silence dedicated to indigenous populations. He invited the audience to consider how our hyper-modernised, hyper-exploitative, and hyper-capitalist way of life (often promoted through global health and development interventions) is contributing to (if not even causing) cultural genocide of indigenous worldviews. This genocide is dangerously reducing our planetary cultural biodiversity in ways that will generate tremendous suffering for the youth of the world and the generations ahead.

The energy of the feminine: Ethics, history, and spirituality

Cislaghi began by explaining that feminine energy has been historically cherished across time and cultures as a fundamental part of life. Showing a painting of Ardhanarishvara (a Hindu deity depicted as half male and half female), Cislaghi indicated that both feminine and masculine energies can exist in every person, in different equilibria, beyond the misconceived duality of gender.

The attempt to constrain specific manifestations of, respectively, feminine energy to women and masculine energy to men has contributed to a global eco-social system that is unbalanced. The symptoms of an unbalanced system are the many gender-related oppressions that we witness. These oppressions, Cislaghi continued, are twofold. They can be material, such as health inequalities and the gender pay gap, or normative. Normative oppressions include the inability to express oneself because of the social expectations assigned to someone due to their perceived gender. Cislaghi quoted bell hooks (2004) 

"The first act of violence that patriarchy demands of males is… that they engage in acts of psychic self-mutilation, that they kill off the emotional parts of themselves. If a man is not successful in emotionally crippling himself, he can count on patriarchal men to enact rituals of power that will assault his self-esteem."

The deep causes of gender inequality: The iceberg vs the volcano

Cislaghi stated that gender normative oppressions and material inequalities are the symptoms of a global political, social, and economic order that is "deeply violent". In looking at the causes of that violence, Cislaghi presented two possible metaphors. The first is the well-known metaphor of the iceberg. Cislaghi pointed to the fact that many see the tip of the iceberg (inequalities and oppressions) and point to the submerged part as patriarchy, hyper-capitalism, industrialisation, hyper-intellectualism, the commodification of relationships, and the dehumanisation of interactions into transactions.

However, Cislaghi argued, the iceberg metaphor does not sufficiently represent the depth of factors sustaining gender inequality. While patriarchy is undoubtedly contributing to gender inequalities, we should ask what deep psychological factors are causing patriarchy. The risk is that if we don't tackle those human psychological factors, we might design and implement a new gender (or genderless) order that is as violent as the patriarchal one. This, he said, was the most important point from his presentation: that we should move beyond dualities. Working against an unjust and discriminatory social order doesn't guarantee the creation of an alternative fair and just one. Without acknowledging how we are complicit in the unjust social order, we risk creating a new order that is as unjust as the previous, albeit with a possible flip in the hierarchy and the power distribution. The goal of work done in gender equality, however, is not (or at least shouldn't be) to seek revenge for material inequalities but to achieve a world where people can take care of each other and their needs with mutual respect and dignity.

He used a different metaphor to connect manifestations of gender inequalities with their causes: the metaphor of the volcano, where: 1) the smoke represents inequalities and oppressions, 2) the volcano is the device through which those inequalities come to be, and 3) the magma is what is fuelling the process at a deep existential level.

An example of how to explore the deep causes of gender inequality: Greed, hatred, ignorance

Cislaghi suggested we need a framework to discuss the deepest causes of gender equality and brought forward an example from Buddhism, where the three "poisons" of greed, hatred, and ignorance are identified as the source of suffering (O'Brien, 2018). Greed stems from physical attachment, hatred from emotional attachment, and ignorance from mental attachment.

Figure 1 The Unwholesome Roots of Our Unease, Available at: https://parentalalienation-pas.com/2020/08/11/the-unwholesome-roots-of-our-unease/ (Accessed: 1st April, 2021)

Cislaghi looked at how the three poisons framework can help make sense of the stickiness of patriarchy:

The three poisons fuel and facilitate the different manifestations of patriarchy (again, like magma). Cislaghi continued, the three poisons are a potential hurdle to compassionate life for every human in that they have the potential to distort all human efforts, including efforts to bring about a more just world. He quoted

"As we move towards the end of patriarchy and beginning of something new, we have to recognise how the masculine we have a problem with is a distorted and toxic version of what is in Reality, a fundamental quality of the Universe. Otherwise, we run the risk of:

As an example of how a system with good intentions can result in oppression, Cislaghi mentioned efforts in the international development community, in which the poison of greed can manifest in the attachment to achieve certain given outcomes (e.g. fertility rates), overriding women's desires and autonomy. In similar cases, well-intentioned interventions do not lift the oppression women face but replace it with oppression from the international community to conform with the orders of the westernised hyper-capitalist and hyper-modern world that requires them to generate given outcomes to meet donors' demands. As another example, Cislaghi mentioned how much gender equality work is poisoned by ignorance. He suggested we seem to know what is not gender equality, but we don't have a shared global consensus on what a gender-equal world would, in practice, look like. Looking quickly at key indices of gender equality, Cislaghi pointed to the fact that several indicators have strong Western biases and risk replicating the existing social, political, and economic order instead of imagining a new vision in collaboration with people in the non-western world.

A contribution to this new vision: Non-western concepts of the self, shifting the idea of gender equality

Cislaghi argued that intellectuals and activists in the western world struggle to plan gender-transformative interventions that truly liberate people in the Global South because their understandings of the self differ. Mentioning the work of Maori academic Catherine Love and Ayurveda academic Mahesh Mathpati, Cislaghi first looked at the Western concept of the self: a container, a jar, where I am I. In the Maori concept of the self, the self is a set of semi-permeating membranes where "I" includes community, the ancestors, nature and the spirit. In the Patanjali paradigm, the self includes the environment and society. In a non-western understanding of the self, he suggested, the space for gender-transformative work becomes one of care (of responsibilities, not just a space of rights). A space where it's not just about YOU having to RESPECT ME, it's also a space of ME PROTECTING YOU. In such a conception, feminine and masculine energies come together to create a solution of conciliatory mutual liberation instead of solutions where only one of us will survive. In this Freirean paradigm, oppressed and oppressors together work to liberate each other from the oppression that binds them. It's a paradigm in which, almost paradoxically, the oppressed humanise and take care of the oppressors, working with them (not against them) with compassion and care.

The quest for a solution

In the final part of this seminar, Cislaghi suggested that the paradox of mutual liberation demands spiritual progress on all sides of the equation. He mentioned that, while technological progress has greatly advanced in the last centuries, spiritual progress has remained stable for millennia. Though we have seen great technological advancements in the last 2000 years, he questioned the impact this progress had on alleviating suffering, considering we are faced with the same moral problems that existed for great spiritual leaders. Rather than exclusively seeking structural solutions to the very human problem of gender inequalities, we need to understand how to tackle the deep root causes: greed, hatred and ignorance. To do so, Cislaghi asked important questions that, if left unsolved, will make it impossible to achieve global social justice. These questions are:

Implications for the Commission

The Lancet Commission on Gender and Global Health "has been set up with the explicit and uncompromising aim to move beyond the evidence to catalyse action" (Hawkes, et al., 2020, p. 522). Cislaghi's seminar provided new insights into what catalysing action might look like, how one might go about doing so, and the potential dangers of subverting a global order simply to replace it with a similarly oppressive system through the lens of the three poisons, derived from Buddhism. Reconsideration and recalibration are necessary to generate value, and to create political action that stems from mutual compassion and care. Before moving onto gender-transformative action, a self-reflective pause is required to keep in check the oppressive potential that we embody as humans to ensure those actions are truly liberatory.