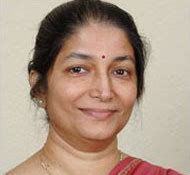 The original talk can be viewed here.

In the fourteenth seminar of the Lancet Commission on Gender and Global Health series, Commissioner Indrani Gupta presented some emerging thoughts on gender budgeting and health outcomes based on her work at the Health Policy Research Unit at the Institute of Economic Growth (IEG), Delhi. Building on her diverse professional experience working at academic institutes, international organizations, and government bodies, Gupta established and continues to lead India’s very first centre for health economics and policy research at the IEG.  She was joined for this webinar by facilitator and Commission Co-Chair Pascale Allotey, fellow commissioners, and a YouTube live stream audience.

Gupta prefaced her presentation with a disclaimer that she is neither a gender expert nor a gender budget specialist, but rather an economist with many years of experience working in the health sector. For the Health Policy Research Unit team she leads, gender budgeting is a recent focus in their quest to better understand the relationship between health financing and outcomes, and the seminar represented some early thoughts on this work in progress.

The presentation began with a brief introduction to gender budgeting, which first gained traction in 1984 when Australian ministries and departments started analyzing the impact of annual budgets on women and girls. From there, Gupta traced the rise of the gender budgeting movement to the 1995 World Conference on Women in Beijing, where the concept aligned with the realization that there are tangible and significant social and economic costs associated with gender inequality, and “therefore human development objectives need to be incorporated into macroeconomic outcomes,” Gupta summarized.

Drawing from a variety of sources, Gupta presented a selection of definitions for gender budgeting which emphasize the need for a gender perspective in the allocation of resources to promote gender equality. She noted that although gender budgeting began with a narrow focus on reducing inequalities between men and women, “the needs of all people is now the emphasis, rather than men and women”. While this goal is more or less central to all applications of gender budgeting, however, Gupta’s team found that approaches vary significantly between countries, leading to heterogenous experiences of gender budgeting which are challenging to compile and compare.

Despite this diversity in application, some gender budgeting essentials can be clearly identified: gender-disaggregated data for a variety of indicators, multi-stakeholder consultations which incorporate civil society, and robust tracking, monitoring, and evaluating systems are all key to a successful gender-responsive budget. The tracking of resources should also encompass not just how funds are allocated but also how they are raised, in line with the original objective of gender budgeting to reorganize both revenue raising and spending. Closing out this brief introduction to gender budgeting with a laundry list of relevant tools, Gupta paraphrased Janet Stotsky to reassert the key takeaway from this section: “Gender budgeting is good budgeting”.

Assessing the impact of gender budgeting on health outcomes

Gupta’s team found a wealth of literature on the definition, implementation, and justification of gender budgeting, but far fewer resources on how exactly one might measure the performance and impact of gender budgeting on health outcomes. This was further complicated by the fact that while many countries have not formally adopted a nation-wide gender budgeting approach, informal and fragmented applications abound and frequently fly under the radar when it comes to documenting and assessing the real-world impacts of gender budgeting.

A small collection of quantitative papers measuring the impact of gender budgeting through labor force participation, school enrolment, and macro-aggregates like growth allowed researchers to conclude that gender budgeting has had an undeniable impact on increased representation of women in decision-making processes, better labor market conditions, education and employment for women, and financial independence for women as primary bank accountholders. While an analysis by Heymann et al. found that such gains in education and employment do have indirect impacts on health outcomes, Gupta cited a scoping review by Crespí-Lloréns et al. to note that very few policies “have been formulated, implemented, or evaluated to tackle the problem of gender inequality in health”.

This lack of clear indicators and relevant papers led Gupta and her team to look at more general indicators such as the maternal mortality ratio and all-cause mortality rates for all gender, the narrowing of the gender gap in mortality rates, improvements in treatment-seeking behavior, and an assortment of indicators on specific disease burden and health outcomes. Acknowledging the limitations of indices, Gupta nonetheless highlighted some relevant findings from an analysis of UNDP’s Gender Inequality Index based on health, empowerment, and labor market participation. Countries with lower human development levels ranked much worse on the index, leading Gupta to remark that “clearly, something hasn’t worked for the medium- and low-development countries yet”. Another helpful source of indicators came from the World Economic Forum’s Global Gender Gap Index; while countries ranked in the top ten varied in terms of the implementation of gender-responsive budgeting, Gupta noted with far more interest that most of the twenty countries in the bottom ranking do have gender-responsive budgeting, including India.

Moving on to maternal mortality rates (MMR), Gupta pointed out a consistent trend across nearly every country analyzed: most countries recorded a noticeable fall in MMR before implementing gender-responsive budgeting, with numbers holding steady in the years after despite continued use of gender budgeting. All-cause mortality rates for countries with low spending on health as a share of GDP presented even more of a conundrum, as the adoption of gender-responsive budgeting neither lowered overall mortality rates nor narrowed the gender gap in many countries. Overall, Gupta’s team found that while gender-responsive budgeting has not led to significant improvement in MMR or a narrowing of the gender gap in mortality rates, some countries that have not adopted gender-responsive budgeting have, in fact, seen improved gender equality in health outcomes along with indicators of overall improvement of outcomes for whole populations. This supports Gupta’s assertion that in the absence of gender-disaggregated data, proper evaluation of needs, and other key essentials, gender budgeting “becomes a mechanical exercise and can be counter-productive because it gives the illusion that you’re actually undertaking gender-sensitive budgeting when you’re basically not doing so”. She especially emphasized the need for nuanced gender-disaggregated data which captures between- and within-country variations that are key to context-specific programming and policy, pointing out that “these are the kinds of things you need to know before you can allocate well and allocate in a gender-sensitive way”.

Gender budgeting in India: A case study in percentages

While gender-responsive budgeting is a useful tool, no tool can overcome the limitations of an overstretched budget. Citing increased expenditures as the key to improved health outcomes in China and Rwanda, Gupta contrasted these case studies with India, where health financing has long remained static at approximately 1% of GDP while the share of gender budgeting amounts to less than 1% of GDP, with the Ministry of Health and Family Welfare receiving only a fifth of that 1%. “The amount we spend on gender-sensitive items is miniscule,” Gupta commented, perhaps explaining why India has slipped in global rankings for overall gender inequality despite sixteen years of gender budgeting. This challenge is further exacerbated by key findings from the 2020 Global Report on Public Financial Management which states that on average, countries perform better in preparing their budgets than executing them, and that “gender considerations in the design, implementation, and evaluation of budget policies are not yet mainstreamed in most countries” (Public Expenditure and Financial Accountability, 2021).

Further analysis of India’s gender-responsive health sector budget revealed the inclusions of items such as health systems strengthening, routine immunizations and similar programmes, and the new health assurance/insurance scheme recently launched by the prime minister. Gupta pointed out that misclassifications are unfortunately all too common in gender budgets all around the world, and things that should not be included are often found in the budget while things that should be included are left out. “For India,” she added, “the items that are there didn’t leap out as gender-sensitive”. While there are certainly sectors which India’s gender budgeting has benefitted, such as education and the labor market under the national rural employment scheme, gender budgeting in the health sector has become little more than “a routine exercise of fulfilling a reporting obligation rather than a well-thought-out planning exercise,” Gupta lamented.

In closing, Gupta reiterated key findings relevant to the commission’s work. She particularly emphasized the fact that countries with good progress on health outcomes and inequalities are mainly countries that have been able to increase their health spending and expand universal health coverage (UHC), independent of their application or lack thereof of gender-responsive budgeting. For those that continue to implement gender-responsive budgeting, issues vary according to resource settings as developed countries are able to focus on broader causes of inequalities while developing countries are confined to more health-specific challenges such as burden of disease and health systems strengthening. This reflects their positionality within what Gupta termed “the low development-low health financing space” that is rife with adverse health outcomes, and ultimately serves to demonstrate that the budget itself matters more than budgeting tools in the health sector.

Gupta ended with a final call for those working within the space of health financing, including the commission, to focus on raising resources for UHC as it would ensure gender equality in access and outcomes as well as address other vulnerabilities aside from gender. For resource-constrained settings in particular, gender budgeting can often be a costly undertaking with unguaranteed returns – especially with the extremely limited resources allocated to it. Advocating a big picture approach, Gupta left fellow commissioners and audience members alike with this alternative proposal: “If you instead invest in UHC rather than redistributing the meager budget to this gender and that gender, I think that would be a very, very productive exercise”.