Gender and Health: nothing so practical as a good theory - Fran Baum 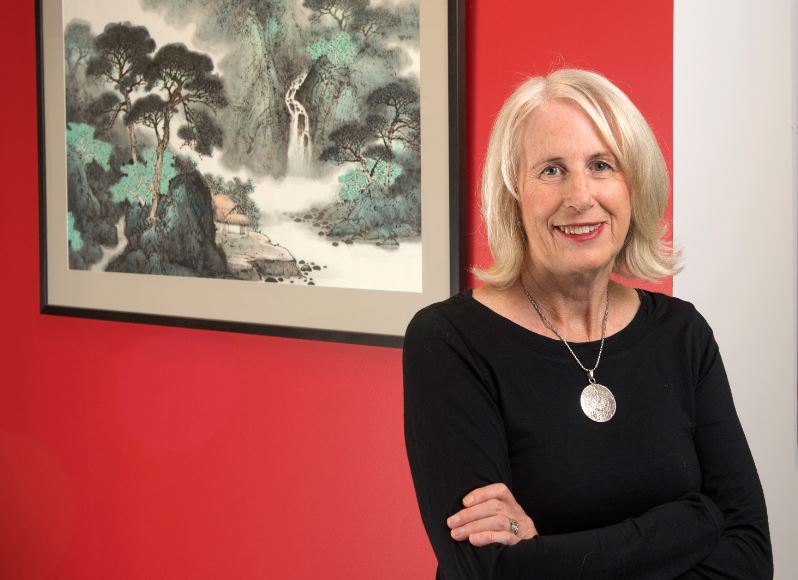 This blog accompanies the LancetCommission on Gender and Global Health seminar series. The series accompanies the development of the Commission, inviting Commissioners and Co-Chairs to discuss a key topic, question, or challenge that the Commission hopes to tackle. The series aims to involve a range of stakeholders and voices in its work and to promote discussion and debate on gender and health. The event can be viewed here.‍

The ninth seminar in the Lancet Commission on Gender and Global Health series was given by Commissioner Fran Baum, Matthew Flinders Distinguished Professor of Public Health and Foundation Director of the Southgate Institute for Health, Society and Equity at Flinders University, Adelaide, Australia. She was joined by Faye Worner, CEO, and Cleone Wellington, Cultural Manager, of Waminda - a community controlled, culturally safe and holistic service, providing women and their Aboriginal families an opportunity to receive quality health and well-being support. Fran, Cleone and Faye were also joined by fellow Commissioners, the Co-Chairs and a public audience joining via YouTube live stream, to discuss the practical use of theories in global health.

Fran Baum opened the seminar with an acknowledgment of Kaurna Country (colonially Adelaide), the resilience of Kaurna people through the processes of colonisation, and paid respect to Kaurna Elders past, present and future.

So, what are we grappling with on this commission?‍

According to Baum, complexity, theory, practice and policy are the key tenets to be tackled in the Lancet Commission on Gender and Global Health. The Commission aims to advance understanding, but also be practical and come up with measures which will have outcomes. Baum explained that change happens in a variety of different, often indirect methods, and briefly outlined ways of understanding which would be used in the presentation: critical race theory; aboriginal ways of being, knowing and doing; matriarchal societies for example. Baum raised ways of working or strategies, such as consciousness raising, community mobilisation, and community control of services, and highlighted that these ideas and strategies might help gender equity, result in improved health and lower health and disease gaps.

Baum demonstrated how theories help understanding by presenting a graph from her project with Ethiopia, looking at countries reaching beyond their current economic levels. The graph showed the life expectancy age gap between women and men in both Australia and Ethiopia, with the age gap decreasing in Australia and increasing in Ethiopia.

How could we understand those trends?‍

Baum explained the sociological way that legal and political rights, and the role of the health system have made a difference in changing these trends. Using the lens of Bordieu’s Capitals to explore everyday gendered practices, Baum iterated the way that capitals reproduce and create inequities in society. Bordieu sees capitals as underlying the reproduction of privilege and power distribution in society, and classifies them into four main categories: social, cultural, economic and symbolic.  She quoted Popay and Groves (2000) to stress the ways in which most aspects of life are gendered:‍

‘It is vital to consider how “the gendering of the social, cultural, material and ontological dimensions of daily life shape women’s and men’s health experiences”.’ (Popay & Groves, 2000)

Social capital is the way in which social connections can increase an individual’s power, status and resources. In Australia, Baum concluded, women are more likely than men to participate in social and community groups, although this depends on access to economic capital and social class. There is also a strong gender movement for women, gay and trans people in Australia, women are more likely to be in trade unions (thus perhaps obtaining better working conditions) and men are more likely to be lonely. Baum suggested that these insights might help in understanding why women still have a life expectancy advantage even if they are more likely than men to be living in poverty. In Ethiopia, whilst there is a paucity of data, civil society participation increased after democratic government (post feudal and military junta), and there are strong women’s movements e.g. Women’s Association of Tigray (advocates on violence against women and children). However, the current civil war undermines many health gains and  especially as a result of highly gendered sexual violence. For both countries the question remains if the benefits of community and social participation outweigh the burden of informal caring.

Baum then looked at cultural capital, which encompasses cultural practices and products e.g. style of dress, eating habits, verbal skills, scientific knowledge, and educational credits. In Australia, women have high levels of education but still face discrimination on the basis of gender. Baum also iterated that cultural determinants of health are vital especially for First Nations people and that cultural health capital has a direct link to economic capital as high cultural capital increases access to employment. In Ethiopia, women partaking in education increased from 26 to 97% between 1997 and 2015, women’s literacy increased from 27% to 49%, and men’s literacy increased from 36% to 59%, however, only 27% of university students are female and 25% of women drop out prior to graduation due to economic factors, misconceptions about girls’ academic abilities, and gender bias of institutions. Female gains in aspects of cultural capital have been significant in both countries but most of these gains reflect what has been referred to in a recent UNDP report on gender inequalities as basic capabilities (education, right to vote), and less as enhanced capabilities, for example, through access to higher status, better paid employment and more powerful positions in the business and corporate world. Work on trying to understand differences in life expectancy often reinforces the many social differences, and shows how theories can only take us so far.

Baum stressed the question of how practical theories are used by people who inform their work through an understanding of different theories that could affect power balances, and the form of services they can offer. She directed the audience to Faye Worner and Cleone Wellington at Waminda, and began the discussion by asking: how do aboriginal ways of knowledge inform services and practices at Waminda?

Cleone Wellington acknowledged her elders, and the sufferings her people and ancestors have gone through for her to be here today, and went on to explain that the best way of approaching ways of being, knowing and doing is to look at how Waminda came to be. Waminda has been established in the community for 37 years. At its roots are strong aboriginal women from the community, who at the time of formation were young women and are now elders in the community. When they first came together to establish a service like Waminda, it was due to the racism of the town, and because there needed to be a supportive space for women to get the care they needed, to feel safe and have a safe space to go. Wellington emphasised that even though Waminda has grown from one house to seven different office spaces, with 120 staff on board providing services to the aboriginal communities down the south coast of Australia, it is important for Waminda to stay true to who they are, by staying grassroot and grounded in the community.
‍

Wellington presented this image to demonstrate the Waminda model of care, where the outer circle is labelled as ‘culture as foundation’, to direct towards aboriginal ways of being, knowing and doing. She reflected on the sense of belonging, connection, identity and lore: all are intertwined within the culture, practices and protocols of Waminda. The sense of who they are is embedded throughout all of their services, working side-by-side with the community - 75% of Waminda staff identify as aboriginal. Cleone also iterated the significance of paying respect and giving honour to those who paved the way, when discussing aboriginal ways of being, knowing and doing. She highlighted the destructive impact of colonisation, which left much aboriginal language and culture ‘asleep’ - it is one aim of Waminda to reawaken and practice culture on a daily basis, and to have created a culturally safe space for the community.

Community is the heart of Waminda, Worner and Wellington emphasised; there is no distinct service/community gap. With the notion of decolonisation in healthcare, Wellington explained the idea of walking in two worlds: one of aboriginal culture, and the other the westernised world. Wellington highlighted that the community had reclaimed space and power and, as such, when non-aboriginal staff come in they must reflect upon being ‘imperfect allies’ every 3 or so months. In a community led by strong aboriginal women, it is of course necessary that non-aboriginal staff know their place, address their own white privilege and fragility, and are able to acknowledge their position within an aboriginal service - as Wellington suggested: it exists as simply saying ‘I’ve come with this skill set, so how can I help?’ as opposed to framing themselves as a ‘white saviour’.

Fran Baum posed a question to Worner and Wellington on the impacts of western feminism on organisations like Waminda. They explained that western feminism isn’t a useful framework: Cleone Wellington touched on her own experience of growing up around strong, aboriginal women who never discussed ‘feminism’ as a movement with her. Both emphasised that western feminism doesn’t fit within the service because, whilst it is female led and promotes women’s rights, the aboriginal women were left out of the westernised feminist movement in Australia. In fact, as Worner pointed out, whilst white women were fighting for their own human rights, the aboriginal population were struggling to ascertain status as human in Australia - aboriginal people were previously included in the Australian flora and fauna act. Given this history of exclusion and prejudice, the white feminist framework doesn’t align with aboriginal ways of being, knowing and doing. There is a different way of thinking about women’s rights to the western model, both Worner and Wellington affirmed, and it can be seen in the strong, matriarchal system within Waminda that centres community and family.

Fran Baum reiterated the need for theory driven practices and understandings, and emphasised that they are vitally operating as a great basis for action. The Lancet Commission for Gender and Global Health will use multiple theories and varied data - quantitative and qualitative - especially incorporating a necessarily complex framework with incomplete data and understandings, given the dynamic, rapidly changing world within a global political economy. She concluded: ‍

‘Our task on the LCGGH is to take forward these complexities and develop new understandings that will challenge existing power basis and provide a richer bases for the ways in which actions to promote gender equity are vital to reducing health inequities between and within countries and hopefully will make the work of organisations like Waminda better understood and valued by the wider societies.’‍

Katia Smith works as Project Administrator for The Lancet Commission on Gender and Global Health, at the Centre for Gender and Global Health. She holds a MA in European Culture and Thought from UCL, and a BA in English Literature from the University of Cambridge. She has worked in research and administration previously, as well as with the Red Cross.