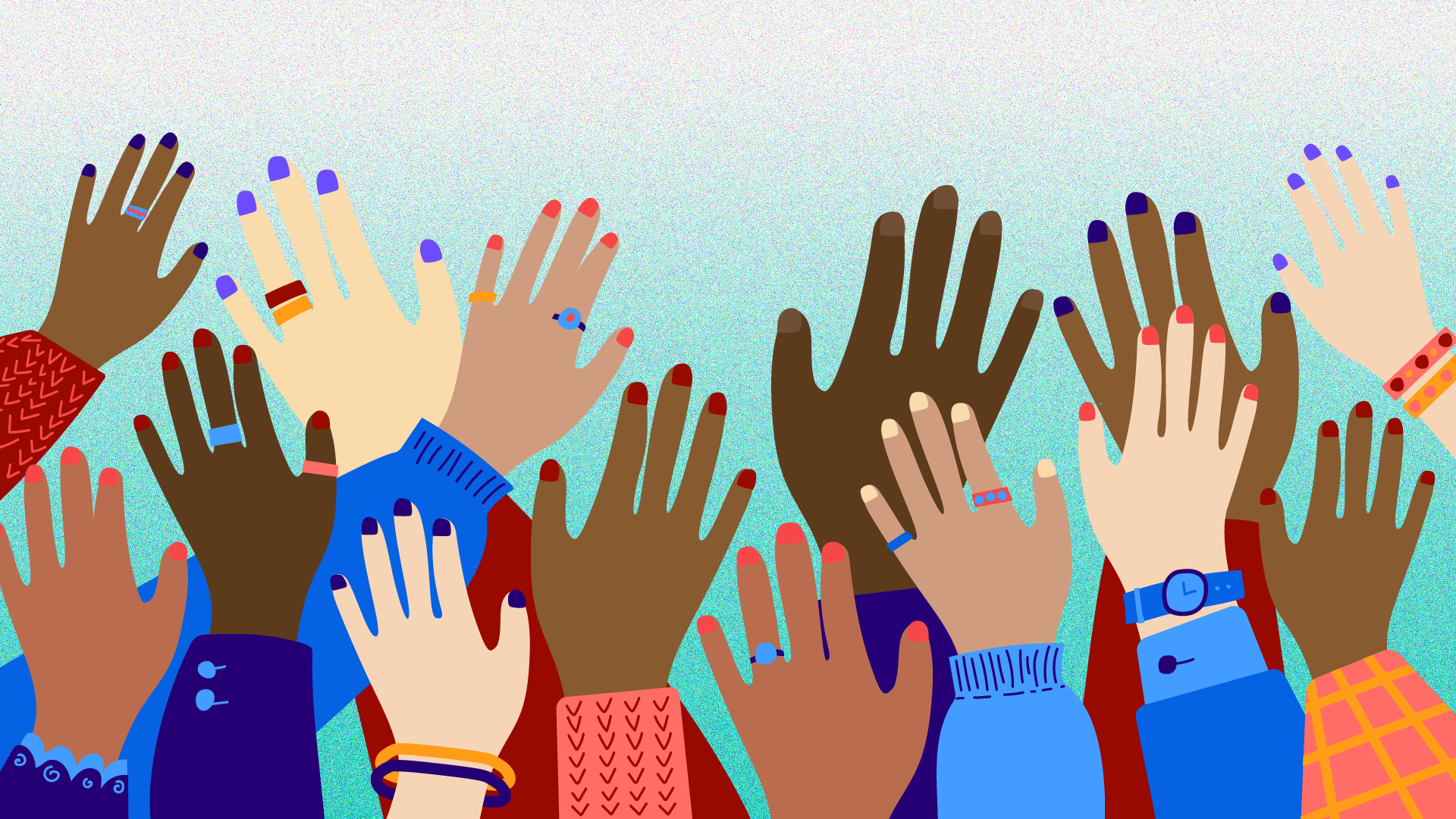 Every year in June, cities around the world come alive with colourful flags and banners to celebrate Pride month. On June 11th, UCL participated in the conversation by holding a “Gender and Sexuality Student Research Showcase”. However, as demonstrated by the impressive research presented in this event, gender complexity is experienced every day and the attention brought to gender identity and sexuality cannot and should not be reduced to 30 days of the year. These issues affect all our lives on a daily basis, whether we are aware of it or not. The webinar brought together  10 panellists, all PhD students, who presented a wide range of research on gender and sexuality. As we discovered throughout the day, gender and sexuality can be viewed and studied through many lenses, allowing space to reflect, deconstruct, and challenge these issues.

Stephanie Ng kicked off the event on a thought-provoking note as she discussed the gendered experience of women within modern-day neoliberalism. Basing the greater part of her presentation on Rachel Cusk’s critically acclaimed Outline trilogy, she evaluates the experience of contemporary women who can ultimately become more oppressed as they aspire to fulfil their role as the “glue of the family” while also participating in the workforce. Stephanie has so far written the first chapter of her doctoral thesis; her exploration of “female empowerment” in today’s world will undoubtedly take her research to fascinating places in upcoming chapters. As Stephanie reflected on the modern woman, Mercedes Cristóstomo Meza talked about the women of the past century. She studies the radicalization of women in Peru during the late 20th century and their place in political turmoil through her research on Women Militancy and Revolution in Latin America. Mercedes has had the opportunity to interview Peruvian women of all backgrounds, political leaders, experts on the subject, and had access to historic archives in Peru. Her work will most certainly be invaluable to the literature on Latin American history, bringing a much needed gendered perspective.

Women’s sexuality and gendered experience in modern society was further discussed in a captivating presentation delivered by Bárbara Berger, who is conducting her research on the intersections between feminism and flirting. Referring to the strong feminist movement that has risen across Latin America in recent years, Bárbara argues the movement is shifting the way young people experience their sexuality, which inevitably involves the act of flirting. “What is flirting?” she asks. In an era of endless online interactions, she reflects on the concept and all that it involves: the ambiguity of intentions, outcomes, consent, shame, the possibility of rejection, and many others. Through interviews with teenagers of all gender identities, Bárbara is exploring the human experience of flirting and the intimacy of the moment as an ultimately social experience. Picking up on the exploration of intimacy and experiencing sexuality, Mie Astrup Jensen presented her ground-breaking work on lesbian, bisexual and queer Jewish women’s experience, in this case speaking specifically about Orthodox women. Mie speaks of the undeniable interlinkage that can exist between religion and sexuality and presents the idea of the sensual aspect of sexuality allowing for an erotic connection with God. This allows for an exploration of homoerotic experiences between Orthodox Jewish women devoted to their religion, as sexual identity is not more important or real than religious identity for many. This research challenges the common conception of liberalism and sexuality being inherently intertwined. For the women in question, sexuality and spirituality go hand-in-hand. Although Orthodox lesbian, bi, and queer women have experienced homophobia and repression in the past, it seems there is starting to be a shift from questioning whether women can be Orthodox and gay to how women can be Orthodox and gay. Both Bárbara and Mie are conducting unstructured interviews within their qualitative research, allowing freedom for their subjects to express themselves, which will undoubtedly make for deeply insightful and detailed findings on the lived experience of sexuality and intimacy.

Gender and sexuality play an important role in humanitarian issues and there is an increasing call to consider these aspects in public policy. Sangita Thebe Limbu is a first-year PhD student in the Institute for Risk and Disaster Reduction researching gender, disaster and climate change, specifically through the position of gender within environmental politics in the Eastern Himalayas. Sangita discusses the “palpable urgency of climate change” within an environment romanticized by Western travellers. Landslides, floods caused by melting glaciers, labour migration, the introduction of conservation areas home to mountain communities, among other factors, all interrelate in the gendered experience that Sangita’s research presents, considering social, cultural and historical context. Similarly touching on the underlying intersectionality of policymaking, Rosamund Greiner discusses the interaction between gender, disability, race, and class amid the 2015 Zika virus epidemic in Colombia. Following the discovery of Congenital Zika Syndrome, marginalised women suffered as they found themselves at increased risk becoming infected while having decreased access to contraceptive methods to prevent pregnancy after infection. As a result, reproductive laws regarding abortion in Colombia changed, allowing abortion in the case of infection. While this is a unique case in Latin America, a region notoriously oppressive in terms of reproductive rights, Rosamund explores the role that coloniality plays in reproductive health policies from a feminist perspective, discussing the colonial and eugenicist origins of the dominant modern constructions of gender and how they influence the way gender, disability, race and class are perceived today.

The political aspect of gender and sexuality was also discussed from a completely different perspective by Louis Shankar, a student in History of Art. Their research explores activism through the art of David Wojnarowicz, a queer male artist living with HIV in New York in the 1980s. Louis sums up Wojnarowicz’s work as an evaluation of the interrelation between the personal and the political, particularly among women and queer people. Louis’ research reflects on the transmission of past trauma such as abuse, as Wornarowicz suffered domestic violence at the hands of an abusive father, and current trauma through the death of his partner due to HIV/AIDS, as well as the reality of his own diagnosis. Continuing the exploration of gender identity, Marc Svensson studies emerging adults who identify with a plurisexual identity, that is pansexual, bisexual, or queer. He defines two particular reasons for focusing on this topic: the increasing number of people who identify with plurisexuality and finding that these people statistically suffer poorer mental health than those who do not identify as plurisexual. Through his research Marc explores identity and health through stress and resilience of individuals who identify as plurisexual. He has now finished two parts of three in his research and will begin his last year of PhD programme in the autumn. Picking up on these topics, Kate Luxion who, like Marc, is part of the Social Research Institute at UCL, studies the experience of queer gestational parents and how their vulnerabilities and/or resilience factors may influence neonatal health. While there are stressors such as discrimination or even the expectation of discrimination, there are also resilience factors such as support groups. Kate has created an analytical framework which considers all factors and evaluates their effect on the parent, which is presented as the “Parent Allostatic Load”, and its effect on birth outcomes on a biological level. Finally, Arthur Davis closed the event by presenting his upcoming research. Indeed, Arthur is only beginning his doctoral research journey as he joins UCL this autumn as a new PhD student. Arthur will explore queer migrants in Britain, as this population group faces particular vulnerabilities regarding sexuality and health. While bringing us back to the concept of intersectionality, reflecting on class, race, gender and other factors associated to sexuality among queer migrants, he introduces an intriguing aspect, exploring the concept of temporality as opposed to space. While movement of migrants is the common focus, the research will focus on time: the temporality of heterosexism as opposed to queer temporality, within and without the sexual clinic for migrants. With such a clear concept of research and such thought-provoking concepts, Arthur will definitely bring much to the table at UCL, as research on gender continues to grow at this institution.

I am fairly certain that my biggest challenge when writing this post was trying to find a synonym for “thought-provoking,” and now that you’ve read about all the topics presented, you can probably understand why. In an era where the boundaries on gender and sexuality are constantly being pushed, it’s clear that UCL is a hub for young voices and ground-breaking research. The wide range of work presented at this event shows how students are not just thinking outside the box, they are reshaping it by continuously questioning the norm. From the study of feminism in modern-day neoliberal societies, to unpacking trauma of queer communities through art, to the exploration of homosexual intimacy among religious groups, and much more, it is clearly an exciting time for gender studies. These panellists are, without a doubt, voices to look out for; stay tuned.

Paula Blancarte Jaber is currently studying for her MSc Global Health and Development.