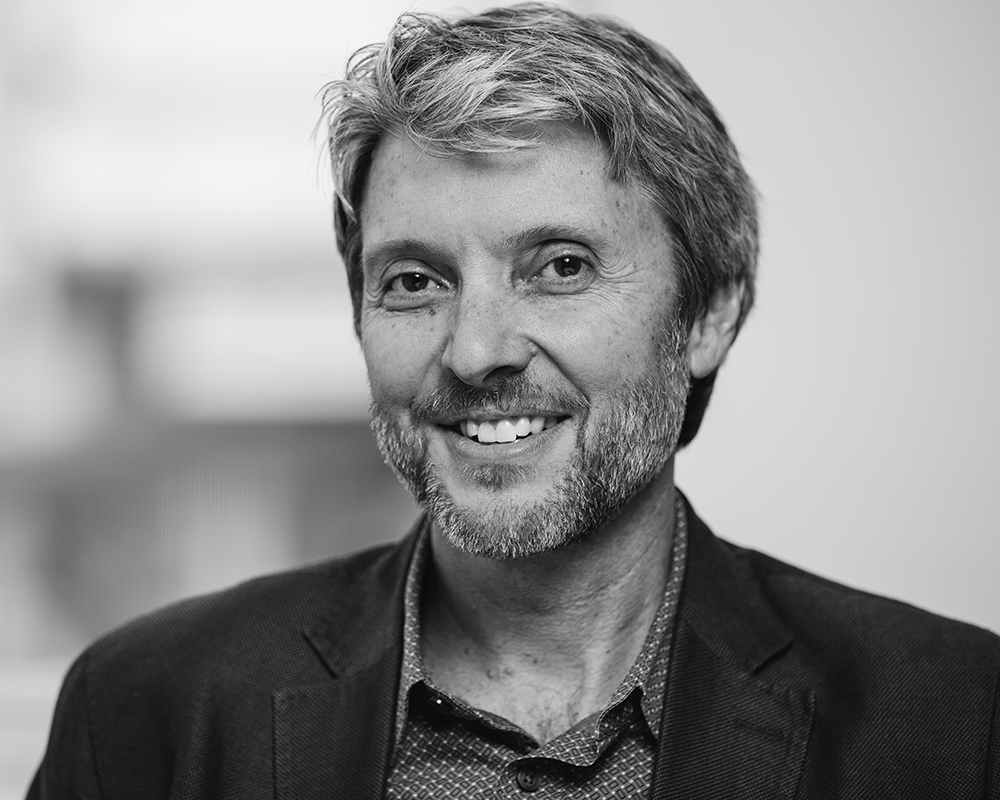 A recording of the event can be viewed here (18 minutes onwards).

In the twelfth seminar of the Lancet Commission on Gender and Global Health series, Commissioner Gary Barker drew on his experiences within the intersection of masculinities and gender to offer insights and interventions gleaned from his work with Promundo. A developmental psychologist by training, Barker serves as the CEO of Promundo-US, a network of six independent NGOs utilizing research, program implementation, and advocacy to encourage healthy masculinities and male allyship in gender equality in large-scale social institutions such as schools, workplaces, and beyond. The webinar was facilitated by Commission Co-Chair Sarah Hawkes, and attended by fellow commissioners as well as a YouTube live stream audience.

On the one-year anniversary of the commission’s launch, Barker shared his reflections on not just individual men’s health, but also the structures, systems, and norms that work together to shape masculinities. His presentation drew from Promundo’s experience to better understand how systems work (especially health systems), how services are delivered, and how program outcomes impact the lives of individuals. This perspective is indicative of Promundo’s approach to men’s health as a whole, as its efforts seek to go beyond the program level to consider the intersections between gender and masculinities on a larger scale. Barker’s personal background as a developmental psychologist complements this organizational approach, as he works to better understand how gender and masculinities shape who we are in the world.

Barker started his presentation with a brief snapshot of men’s health in both the global and local contexts, highlighting contestations within the arena of gender and global health where men’s health struggles to carve out a space for itself without being framed as a competitor to women’s health. A common misconception of men’s health – and indeed, gender equality as a whole – holds that our patriarchal structures privilege all men over all women, but an intersectional understanding facilitates a more nuanced consideration of socioeconomic stratification among men and women alike, and the complex power differentials that result. Men’s health services cater to some men and some health issues, such as sports medicine and cardiovascular health, while other fields more closely linked to non-hegemonic masculinities remain underfunded and understudied.

While drawing connections between health and social norms, especially those related to masculinities, Barker also urged researchers and practitioners to look beyond gender when considering the social determinants of health. He illustrated how corporate interests, for example, can have both helpful and harmful influences on men’s health; positive interventions include corporate funding for those fields overlooked by public health budgets, while negative outcomes are shaped by targeted marketing of tobacco and alcohol. Beyond that, Barker also encouraged a more relational understanding of men’s health, illustrating how chronic illness and premature death can negatively impact partners and families. Other limitations that need to be confronted when working within the space of men’s health include the centrality of heteronormative approaches, and the “project logic” prevalent within health interventions that falls short of the systems change needed in health.

Delving into the quantitative evidence on men’s health, Barker shared that 50% of premature male mortality and 70% of male morbidity is attributable to five health risk factors: diet, smoking, alcohol, drug use, and occupational risk. Returning briefly to the question of social norms, Barker shared that representative data validates a connection between masculinist views and health outcomes, an association that holds up “in robust ways” across multivariate and bivariate analyses, but these social norms “are never, never the only issues”. Susceptibility to these factors is shaped by norms, behaviors, and structural factors that operate far beyond surface-level understandings of gender and masculinities, with income level, educational attainment, geographic context, marketing pressure, family dynamics, and more coming together to form the complex terrain of men’s health. Using norms as a point of entry, gender-transformative approaches which actively engage with men ultimately yield better results in terms of changing men’s individual outcomes and behaviors, with evidence of a positive ripple effect on households and family members as well. Barker then transitioned into the next section of his presentation, which highlighted two Promundo projects as examples of gender-transformative approaches.

Brazil: Prenatal visits as the point of least resistance

National men’s health programs are not easily found, with Barker noting that there are only approximately six countries in the world with such programs. This absence is especially noticeable in the Global South, making Brazil’s implementation of a National Men’s Health Program in 2009 particularly noteworthy. The program was born out of activism and created in dialogue with women’s rights and women’s health, taking special care not to divert attention and resources from “the fragile gains made in terms of women’s health”. After a rough start which included a sparse budget and narrow focus on urology, the program developed a more holistic approach that sought to locate men within the public health system and meet them where they are. Accompanying a partner to a prenatal visit was identified as the primary point of contact, and a prenatal health protocol flow was developed to transform the point of contact into a point of entry.

The program targeted patients and providers alike, with the prenatal health protocol complemented by an online training course on men’s health. While Barker noted that impact data is scarce, a 2017 survey showed that 75% of women reported having their male partner present at one or more prenatal visits, while two-thirds reported having their male partner present at birth – a marked improvement from 16% in 2012. As for health professionals, 82,000 individuals registered for the aforementioned online course, although there is insufficient data to determine how many continued beyond the initial registration and first session. Nonetheless, prenatal visits now serve as the single largest path to Brazilian men’s participation in primary health care.

Despite this significant achievement, Barker took care to note the challenges and limitations of this program. The overwhelming focus on men’s presence at prenatal visits leaves room for many men to fall through the cracks, including boys and younger men, elderly men, and gay and non-binary men. Other health issues also suffer from limited attention in the Brazilian health system, such as suicide, traffic accidents, mental health, and violence, a key contributing factor to men’s health which was also mentioned by fellow commissioner Morna Cornell. Finally, Barker noted with no small amount of concern that right-wing political efforts to undermine and defund Brazil’s public health system abound, and men’s health stands to be caught in the cross hairs.

Rwanda: Parenting as the site of gender-transformative interventions

While Promundo’s work in Brazil focuses on prenatal visits, a partnership with the Rwanda Men’s Resource Center (RWAMREC) has resulted in a father-inclusive parent training module that serves as a gender-transformative couples’ intervention. Building on an existing Rwandan norm where men believe they should be involved in the lives of their children, the Bandebereho program identified fatherhood as the point of entry to engage men in discussions about reproductive health, maternal and child health, preventing violence against women and children, proactive caregiving, and healthier couple relations. Informed by the understanding that parenting and health-seeking behaviors are deeply influenced by both gender norms and service provision, Bandebereho is a 17-session participatory curriculum designed to: encourage reflection on and questioning of gender roles and inequitable norms; equip parents with parenting, health, and relationship skills and information; encourage couples’ communication; and facilitate the practice of new behaviors in a safe and supportive group environment. The program as a whole sits within the framework of gender equality and women’s rights, and ensures that local stakeholders such as the Ministry of Health and community leaders are recruited as co-owners of the process.

A randomized control trial of 1199 couples demonstrated a positive impact on multiple health and gender outcomes, including violence prevention, maternal health, gender equality, and caregiving. Remarkably, these results held up two years later, even as the rest of the country experienced a spike in men’s violence against women in the midst of the COVID-19 pandemic. The next step is for Bandebereho to not only scale up but scale in, a necessary step that Barker explained is key to increasing the availability, reach, and sustainability of the program nationwide. The process involves handing ownership over from NGOs to the community health workers system, and integrating Bandebereho into the routine work of community health workers. The transition to scaling in continues, with 27 district and health authorities trained to support and monitor Bandebereho implementation thus far.

The task ahead: Addressing blind-spots in men’s health

In the final moments of the presentation, Barker reflected on the remaining blind-spots within men’s health that gender and global health will need to address moving forward. As the commission continues to grapple with questions about access and equity, Barker called for a new approach that addresses these challenges at the beginning of interventions rather than the end. He also reiterated the need for a relational perspective on men’s health, and an expansion from short-term project-focused approaches to long-term system-wide changes. Successful interventions such as those highlighted in this presentation are time- and cost-consuming, and funding mechanisms must be transformed to better support programs that seek to improve system capacities over the 10-year or more period that such change often entails.

Barker ended by drawing attention to the crucial intersection between gender, health, and politics. Speaking from his perspective as a researcher working in the United States and Brazil, he drew a link between the “combined, deliberate misinformation about COVID, much of that very masculinist in its focus” and “harmful and anti-gender equality agenda conversations”, leaving fellow commissioners and casual audiences alike with food for thought.