Reflections on the Borders: Are Single Male Labour Migrants Being Neglected? 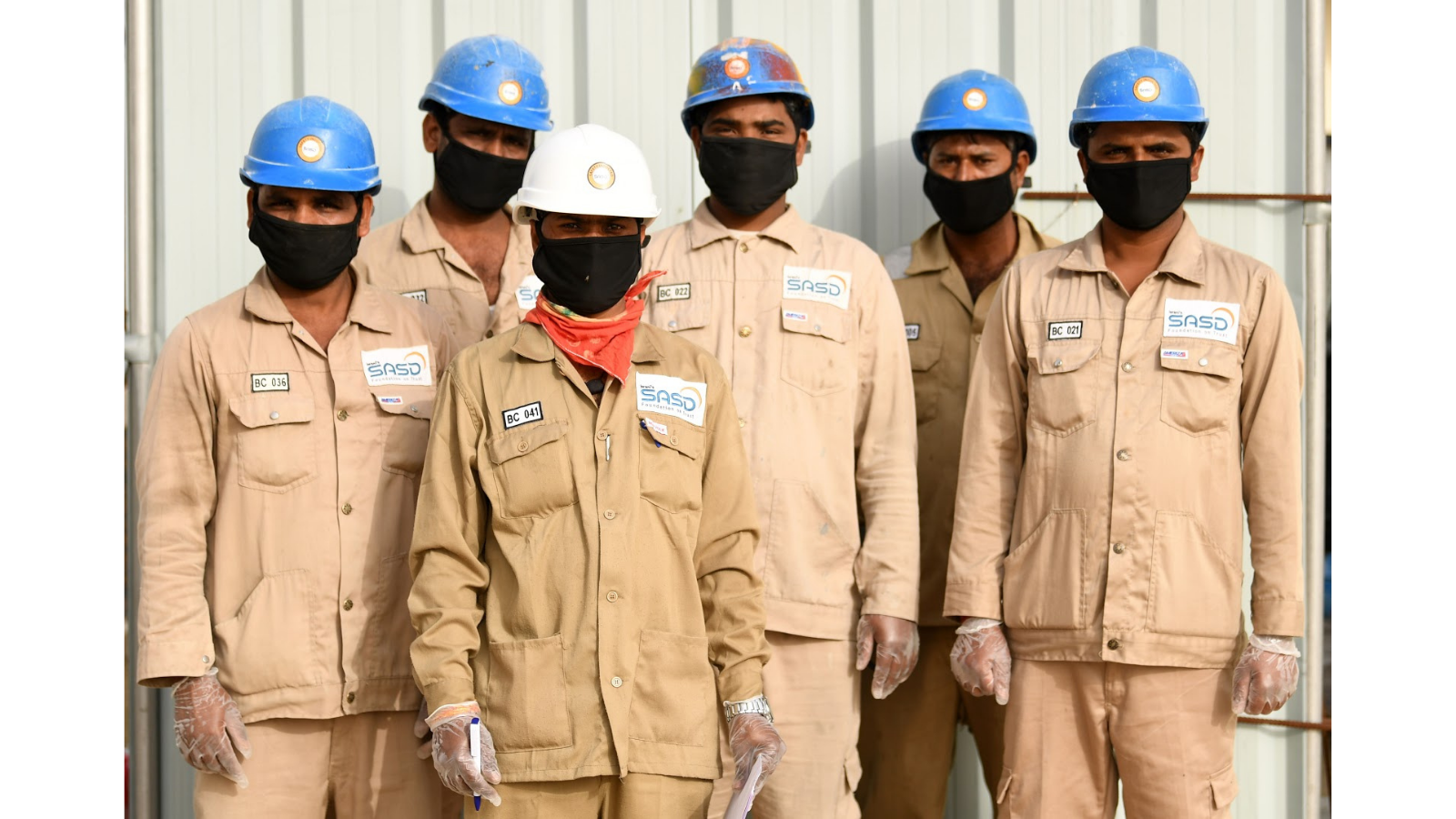 Are single male migrants and their health needs neglected? If yes, then why? And if not, then who is charged with looking after their health?

Recent media attention on the outbreaks of COVID-19 in migrant camps have exposed the pervasive vulnerability of labour migrants. From crowded living environments to dangerous working conditions, low paid temporary employment to unstable visa status, labour migrant’s health is contoured by a series of structural determinants and social factors. In the ongoing wake of the pandemic, the troubling limitations of our understanding on the health of labour migrants and its devastating impacts on those who migrate for work have been revealed as an area of global concern.‍

Demographically, among migrant workers in the Gulf, men far outnumber their female counterparts with men constituting up to every four-in-five migrant workers. But how much do we know about labour migrant’s health in the region? And to what extent can a gender lens inform both our understanding and health policy agendas?

The first in the Borderings series posed the provocative question: Are single male labour migrants in the Gulf being neglected? Throughout the webinar the expert panel took a nuanced look at the complex ways that the borders between migrant-citizen, male-female, healthy-ill, demarcate the boundaries of belonging in a region characterised by flows of migration.

‍Men, Labour Migration and Health: A Lacuna in the Field?

Kolitha Wickramage, Global Migration Health Research and Epidemiology lead at the IOM Migration Health Division, opened the discussion with an anchoring overview of what we know about the nexus of gender and migration within the literature and through the numbers. Kol’s research heatmap revealed that although migrant workers comprise 60% of all international migrants, only 6% of research output is on labour migrants, with most published research emerging from the Global North. This evidence gap only grows when a regional and gender lens is applied, he warned, with single male labour migrants and their health receiving little traction in both policy and research circles.

Since the oil boom in the 1970s the GCC has become one of the largest mobility corridors in the world. Today, out of a regional population of roughly 59 million, it is estimated that 29-34 million are economic migrants, the vast majority of whom are male migrant workers who carry out manual occupations in the construction sectors and service sectors. And yet, Kol explained, the majority of the literature on gender and migration in the region focuses on female domestic workers and fails to attend to the health of labour migrants beyond the scope of occupational health. The paucity of academic work on single male labour migrant’s health and the valence of female migrants in conversations of gender and migration in public health is a major evidence lacuna, that Kol reminded us, must be attended to if we are to ensure health for all.

Health: A Matter of Status?

For Zahra Babar, Associate Director for Research at the Center for International and Regional Studies at Georgetown University in Qatar, it is not the healthcare architecture, infrastructure or service availability that poses the greatest obstacle to labour migrant’s health, nor is it the hazardous physical work that they do or linguistic and cultural barriers they face. Rather it is an issue of status and precarity, she argued. In some GCC countries, everyone is eligible for free healthcare - in theory, a labour migrant is able to access treatment and diagnosis as long as they can produce an authorised health card - but it is here where problems arise, Zahra explained in the second talk of the webinar.

Moreover, Zahra explained, the health of the labour migrant  is embedded in both the visa and employment process. From the very earliest stages of seeking employment in the Gulf and throughout the pre-departure processes, labour migrants have to undergo stringent health screening procedures. If a worker does not pass these initial health checks, their entrance and employment in the Gulf are denied. This whole process, she continued, is indicative of a pervasive attitude that surrounds migrants in the Gulf, which views labour migrants as a potential public health risk. For the migrants themselves, these early encounters with medical authorities leave an imprint - the message is clear- good health is coded for valuable worker.

As such, many migrants are anxious about declaring poor health and are reluctant to seek care, particularly as they are required to disclose health problems to their employers. And these circumstances are only going to get worse, Zahra concluded. In a post-COVID world, pre-screening procedures are likely to become even more stringent and the knock on effects on the migrant’s and employers could be devastating.

To conclude the webinar, Wafa Aftab, Researcher at the Department of Community Health Sciences at Aga Khan University, questioned; if we know that migrant health is influenced by a range of social and structural determinants, are the policies in place attentive to them? And if not, what is on the policy agenda?

Applying a health policy lens to the conversation, Wafa presented the preliminary findings of her project on the policy environment related to structural factors which influence the health of migrant labour workers going from Pakistan working in Qatar. In her review of current policies with focus sexually transmitted infections including HIV, Wafa described how the main tenor of policies for this population tend to be around macroeconomic concerns. In Pakistan, for example, the government has a policy of exporting labour as a way of relieving lack of employment opportunities in Pakistan and as a way of facilitating foreign exchange. Where health policies exist, they focus on  pre-screening procedures and discriminatory policies on HIV positive individuals.

In host countries, the policy response is reflective of the pre-screening system which considers migrant health as the responsibility of the sending country. The policies that do address migrant health within the Gulf are restricted to a limited set of issues namely occupational health or infectious diseases, Wafa explained.

Taken together, the presentations and discussions from the first Borderings series provided an insightful overview of the globalised and structural challenges faced by labour migrants, the gaps in both research and policy for the population and the human rights implications that the gaps have.

You can watch the full webinar here.

For questions or queries relating to the series please contact Imogen Bakelmun at i.bakelmun@ucl.ac.uk.