Storytelling, it is the only way through silence: An Evening with Drs Jokha Alharthi and Elif Shafak 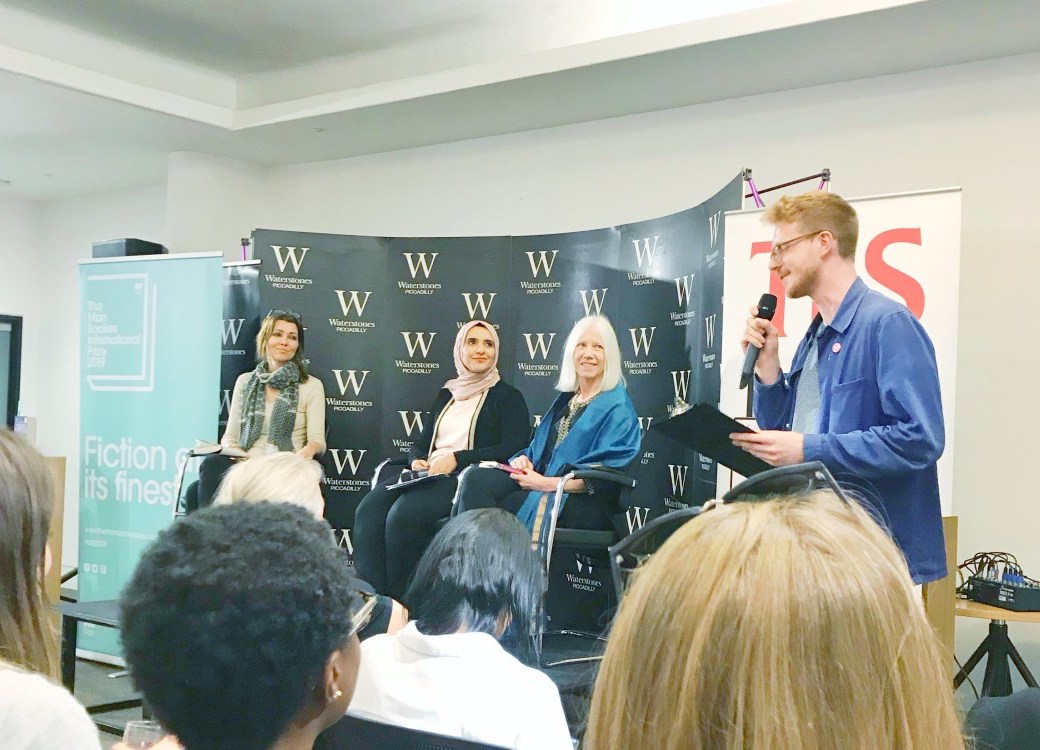 ‍Sometimes the summits of mountains may be reached, yet their presence still be beyond the chasms of deep-rooted valleys. In these valleys, the challenges for why we climb live and lurk.

Just over a week ago, I sat mesmerised in the front row of an event to congratulate and witness the words of this years ‘Man Booker’ prize, Dr Jokha Alharthi, the first Omani woman to receive her storytelling translated into the English Language. She also holds a PhD in Arab literature.

Alongside Jokha on the panel was Professor Marilyn Booth, the translator of 'Celestial Bodies', and Dr Elif Shafak, the most read woman novelist in Turkey and whose writing has created a worldwide phenomenon of speaking stories with power and potency that otherwise would remain crestfallen in silence.

The evening was monumental. I felt the magnitude of what it meant for two women from the Muslim past and present to be illuminated through their art. Jokha and Elif are story-creators. During their conversation, they reminisced how their stories are sometimes reduced to their identity. It is as if somehow their stories had to belong to their lives, but their stories transcended who they are; their stories are not of their own but are the passages of creativity and imagination that journey for their voices to explore, and travel, and seek, and find. Their books, which I rejoice reading often during the midnight hours of the moon, are their vision of existence, of lives that their hearts did not beat for or their footsteps leave prints in. Jokha and Elif gifted their stories to us in a world that we could enter and share and perceive and reflect on.

These moments peaked with inspiration and aspiration.

Then, the mountains collapsed, and the darkness of a wounded earth empty and hollow appeared.

Elif Shafak, in the last few days, has received numerous threats and abusive messages; twisting the beauty of language into a weapon of words. She is now being investigated by the Turkish government for her fiction that through creating voices, destroyed silences of untold narratives of women and children who have experienced sexual violence. Her accusation is based on the merging of her stories to be her actions; that speaking of violence is equated to perpetuating violence. Elif's books have become objects of remembrance; they are symbols of suffering, and physical reminders of the weight of a stories burden when it is lived not told. Her stories resurrect the lives of the marginalised, so that they have a place in a story`–Elif gave space to silencing.

And, now, in the reports that have come to light in the last few days, Elif faces her own battle to be silenced.

The juxtaposition between the mountains and the valleys beneath them are now stark amid the eclipse of stories and silencing.

In one week, the historical seminal translation of an Arab woman's story and an investigation into the fictional narratives of an award-winning Turkish woman's story-telling is a painful fall. Those of us who are in silence return to the graveyard of dusty relics, the artefacts of a story not yet told, and knowing that the soil that our mountains are made from is our destiny.

Yet, the Man Booker prize and a panel of acclaimed academics and story-tellers was not the summit, but a plateau for respite. I breathed the air that the stories were told in. And, as the rise of a new mountain appears, I know that for those of us working to speak, write, and listen to stories of suffering, silencing is the strategy that will be used to bury our words.

As we continue to climb, the path defined by women writers who braved exile and marginalisation and the fight for freedom to be their own story is clear.

Storytelling, it is the only way through silence.

Ayesha is a lecturer in Medical Ethics and Law at St George's University of London, and Honorary Lecturer at IGH where she co-leads a module on Conflict, Health, and Humanitarianism. Her areas of specialisation are in culture, mental health, and trauma, focusing on humanitarian responses to gender based violence in conflict working in Afghanistan, Pakistan, South Africa and the Middle East. She is currently a co-researcher on a UCL funded project on 'Investigating trauma therapeutic interventions using traditional story-telling in Afghanistan' and a consultant on a gender-based violence prevention project based in Mumbai, India. She also provides Expert Witness reports on refugee and asylum seeker immigration cases.