The Best A Man Can Get 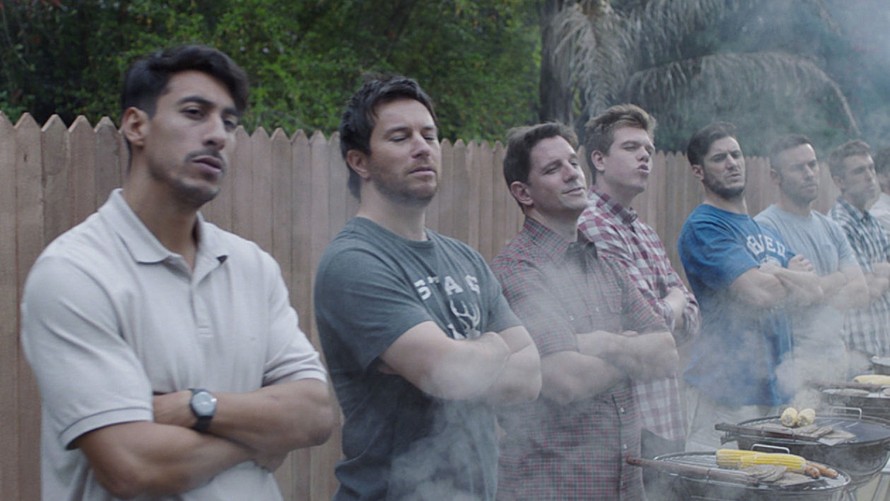 The recent furore about Gillette’s new advert and the American Psychological Association’s (APA) guidelines on working with men reveals, yet again, the depth of anxiety felt by some about any perceived challenge to masculinity.

The Gillette commercial is a welcome, albeit somewhat cheesy, attempt to encourage men to stand up to sexism and bullying. This inspired Piers Morgan, Good Morning Britain’s polemical presenter, to play to the men’s rights gallery by tweeting: ‘I've used Gillette razors my entire adult life but this absurd virtue-signalling PC guff may drive me away to a company less eager to fuel the current pathetic global assault on masculinity. Let boys be damn boys. Let men be damn men.’

The APA guidelines were based on research showing that ‘traditional masculinity is psychologically harmful and that socializing boys to suppress their emotions causes damage that echoes both inwardly and outwardly.’ In response, David French wrote an article for the conservative American journal National Review in which he also spoke of an ‘assault’ on masculinity. This, he argued, is ‘harmful to the millions of young men who seek to be physically and mentally tough, to rise to challenges, and demonstrate leadership under pressure. The assault on traditional masculinity is an assault on their very natures.’

Despite all the huffing and puffing of gender essentialists, the evidence is clear that masculinity can be harmful to the health of men. One UK study found that aspects of masculinity are associated with worse health behaviours for both men and women and that these relationships were more numerous and stronger for men. A just-published report from Promundo also illustrates the direct links between hegemonic masculine norms and significant health-risk behaviours, including a poor diet, substance misuse, unsafe sex, and hesitant health-seeking behaviour. It argues that while biological factors are implicated in specific men’s health problems, and some gender norms (such as a desire to be physically active) can be beneficial to health, most excess male morbidity and mortality is related to health practices and the social and cultural influences that shape them.

Young men in Australia who conform most closely with the norms of the so-called ‘Man Box’ (a set of beliefs within and across society that place pressure on men to act in a way consistent with masculine norms) have been found to be significantly more likely to engage in regular binge drinking and to have been involved in traffic accidents than young men who do not conform with those norms . Nearly 40% of young men ‘inside’ the Man Box reported being involved in a traffic accident in the past year compared to just over one in 10 young men who were ‘outside’ the Man Box. Almost one in three young men ‘inside’ report getting drunk at least once a month compared to about one in five ‘outside’

Gender norms also impact on food preferences. One analysis concluded that energy-dense, spicy and strong foods are perceived as ‘masculine’ while soft and sweet foods such as dairy products and fruits are perceived as ‘feminine’. A study of attitudes about beef in four countries (Argentina, Brazil, France, and the USA) where it is a ‘central food’  found that men generally liked and desired beef more than women and held more positive attitudes towards its consumption. Men in the USA who more strongly identify with hegemonic masculine norms have also been found to be more strongly attached to eating meat and less willing to give it up. The consumption of red and processed meat is a well-established cause of bowel cancer, a disease which men are significantly more likely to develop and die from.

When responding to health problems facing men, it is important not to pathologise men or masculinity or regard them as inherently ‘toxic’. Rather than simply blaming men for their risk-taking or reluctance to seek help, it is necessary to understand the causes and consequences of men’s health practices and to develop practical and non-judgemental responses. (This does not mean, of course, that men should not be held accountable when they put others at risk or cause them actual harm.) It is also important to adopt an ‘assets-based’ approach that builds on the positive aspects of many men’s experience, knowledge, skills and attitudes to health and well-being.

Initiatives aimed at men will be more effective if they take account of male gender norms but they must also be selective about when to attempt explicitly to change them. Gender-transformative approaches can be appropriate in programmes that deal with issues that directly impact on women’s health as well as men’s own – such as sexual and reproductive health (eg. One Man Can, a South African HIV intervention) or gender-based violence (eg. Que Tuani No Ser Machista in Nicaragua) – but may not be needed or even be helpful in interventions for men on, for example, weight management or cancer symptom awareness. Gender-sensitive programmes like Football Fans in Training have achieved very positive outcomes by working with the ‘grain’ of ‘traditional’ masculinity rather than against it.

While it is not the role of health providers to remodel masculinity, it is possible that successful interventions impact on male gender norms anyway: a man who changes his risk-taking practices in order to improve his health has, albeit unawarely, taken at the very least a peek out of the Man Box. This might not appeal much to Piers Morgan, David French and others who seem to treat masculinity as some sort of endangered species but it is much more likely to lead to longer and happier lives for men and those they live with.