Reflection on Empowerment Roundtable Part 1: The gap between Empowerment and Em-powered: Complement or contradiction? 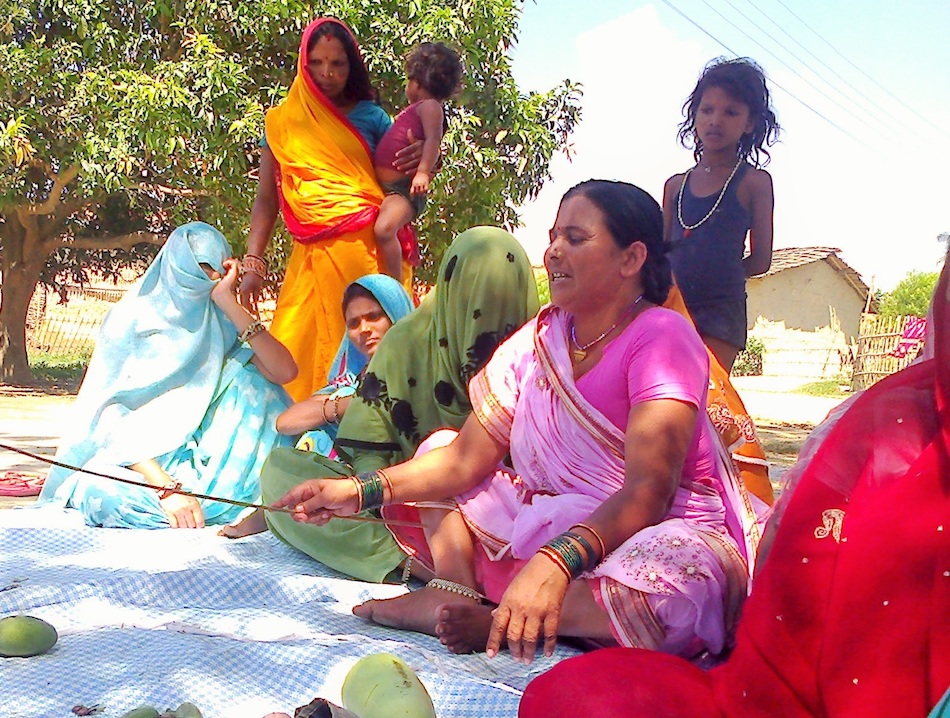 Bringing together an interdisciplinary roundtable to discuss critical perspectives of empowerment in global health discourse unearthed various roots of the problematic nature of describing an individual or categorised group of individuals as being dis-empowered or who need empowering, typically by an organisation or agenda motivated by the already-empowered.

Empowerment is a normative judgement of disempowerment and implicit in programmes that aim to empower is the notion that someone is empowering the (dis)empowered individual. There is a shift of power, therefore, rather than a creation or development of the exercising of individuality.

The basis of empowerment stems from a host of violent societal descriptions; forced, violent, lack of agency. The recipients of these conditions are described as disempowered; but our discussion highlighted how the identification of other forms of power are negated. In other words, there is an unequivocal perception throughout organisational structures dealing with empowerment that disempowered means powerless. The automatic reduction of an individual living within harmful structures to passive and silent is detrimental to the progression of global health agendas for gender equality and health by overlooking the participation of nuanced populations in addressing the harshness and hostility that they face because of aspects of their identity, namely, gender.

The concept of empowerment within Non-Governmental Organisation community, as per discussed by some of our experiences, is fluid and transitional. By virtue of creating empowerment, there must be transformation. However, the concept of empowerment itself is pinned into a fixed binary of empowerment meaning universally oppressed women and if there is resistance then it is against the backdrop of not being able to (politically, legally, culturally) exercise any freedom. Empowerment, then, becomes a facet of capacity rather than being situated as symptomatic of typically pluralistic forms of structural violence.

Alongside the challenges of conceptualising, implementing, and measuring empowerment, we reflected on the requirements needed to bring the empowerment to across some of the aforementioned gaps. An image analysis of empowerment would aid the systematic instrumentalization of empowerment as a development tool. At present, critiquing empowerment encumbers a sense of scepticism because of the lack of nuanced detail that would permit a deconstruction of empowerment whilst still permitting the advocacy of individuals living according to potential, rather than limitations from structural violence.

Culture and religion were also key aspects that demand a more robust critical analysis and to develop on from a binary positive or negative understanding. There is also need for there to be channels for self-navigation and self-empowerment aside from set programme implementations. To achieve these ends, macro and micro analysis of empowerment programmes is essential for reviewing their impacts; for example, education empowerment requires analysis of the quality of education and the impact of structural determinants on agency—does the (in)security situation for young girls to walk to school in Afghan villages act as a barrier to their father’s decision-making about their attendance?

At the same time, the opportunities for re-engaging with these structural determinants need to be identified. Seminal work by some of our discussants has focused on societal transformation post-conflict. Conflict makes structures flexible and provides space for addressing structural violence in the growth of the new post-conflict society in ways that can transform individual trauma.

Societal burdens then can become processes of change. However, when our discussion entered this realm, the need to reference the term empowerment evaporated. Our collective understanding brought the focus to the need to look at longer histories of change, including colonialism and the impact that such a legacy has had on current relationships and dynamics globally. Empowerment, fundamentally, is a post-colonial term, but in its present state, empowerment filters out the shadows of religion and race from understanding how power dynamics have evolved.

This phenomenological approach brackets out pre-determined indicators of empowerment or disempowerment since these do not reflect lived experience. The narrative that is lived through a constant state of perpetuated structural violence is where the essence of empowerment is. The psychological experience of oppression and marginliasation as well as of liberty and recognition holds the symbols and images that have the potential to create new forms of living.

On this note, we also referred to media and film and the ways in which empowerment is a notion based on modes of behaviour with health consequences. These are the visible markers of what criteria an individual needs to adopt to be ‘seen’; for example, the perceived feminine personifying perceived masculine behaviours such as smoking cigarettes. This veil, or rather, shroud, of society still cloaks narratives that are outside of societal paradigms and the language of reference.

From here, we worked within the gaps of health harms between men and women. Various examples from alcohol and substance misuse to mental health provided a presence in the absence of research. The gaps highlighted the lack of gendered approaches to health.

In turn, the entering of ‘empowered women’ into spaces dominated by male identity and behaviour give rise to capitalist gain. Companies benefit form women’s empowerment, which sell produce that is gendered, such as cigarettes and alcohol. Empowerment, thus, benefits the market since it effectively doubles the consumer population, as evident through targeted advertising campaigns in areas of Africa and Asia where empowerment programs are populous.

Empowerment, then, in another meaning, is a form of industrialization. Development, whilst engineered by global health movements such as the Sustainable Development Framework, must battle with society-led processes and the situatedeness of empowerment meaning in any given political economy. This is exactly where the nuanced meaning of empowerment is crucial and critical to ensuring the goals of global health are on course. An individual’s agency is at the mercy of the state—conversations with States on policy regarding addressing unhealthy behaviour from a gender lens is an essential intersectionality for empowerment.

We now return to the crux of the empowerment paradox; to engage with empowerment means recognising the absurdity of redressing the harms of power through a concept and action semantically expressed through the ‘giving’ of power to the disempowered.

A reflection on the 'risk behaviours' that are enforced and encouraged by outdated and rigid masculine constructs in Myanmar and how they lead to poor health outcomes.