Coloniality and the construction of gender as a binary 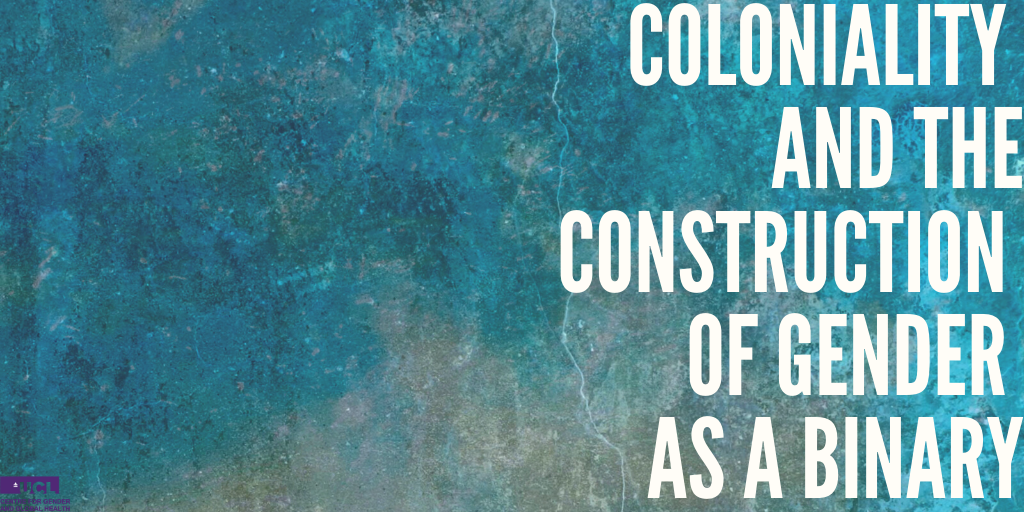 Join us for our fourth Beyond the Binary seminar, and a panel discussion on the coloniality of gender as a concept, and as a binary division of identity and sexuality. Presenters Anuj Kapilashrami, Laura Lewis and Leticia Sabsay will draw on their regional expertise and knowledge of gender and sexuality to discuss the implications of this for global health, considering its intersectionality with race and ethnicity, its relationship with feminism and how some its many manifestations in terms of wellbeing.

Maria Lugones describes gender as a colonial/modern system at the intersection of race, gender and colonisation. Building on Quijano's concept of the Coloniality of Power, which locates colonialism as an ongoing process, Lugones emphasises how this has operated in the construction of gender (Lugones 2008, Quijano 2000). The initial centuries of this process happened in parallel to European state-making, leading to profound social and political transformations that Historian Irene Silverblatt (2009) describes as a revolution in the possible ways of being human.

Recognising that coloniality is a process that has occurred in different ways across the globe discussant Ayesha Ahmad will speak to its relevance to the Arab world and with Jennie Gamlin will draw out from these presentations ideas of how research and policy can address the coloniality of gender within the field of Global Health.

Tickets are free but registration is required via Eventbrite.

Professor Laura A Lewis, Professor of Anthropology, Department of Modern Languages and Linguistics, University of Southampton.

Title: 'The social and somatic expression of illness among Afromexicans: ‚Coraje‚ gender and anger'

Title: Our bodies, our territories‚Äù: Latin American feminists and the colonising work of gender