Those not covered: What happens when public health & immigration debates clash? 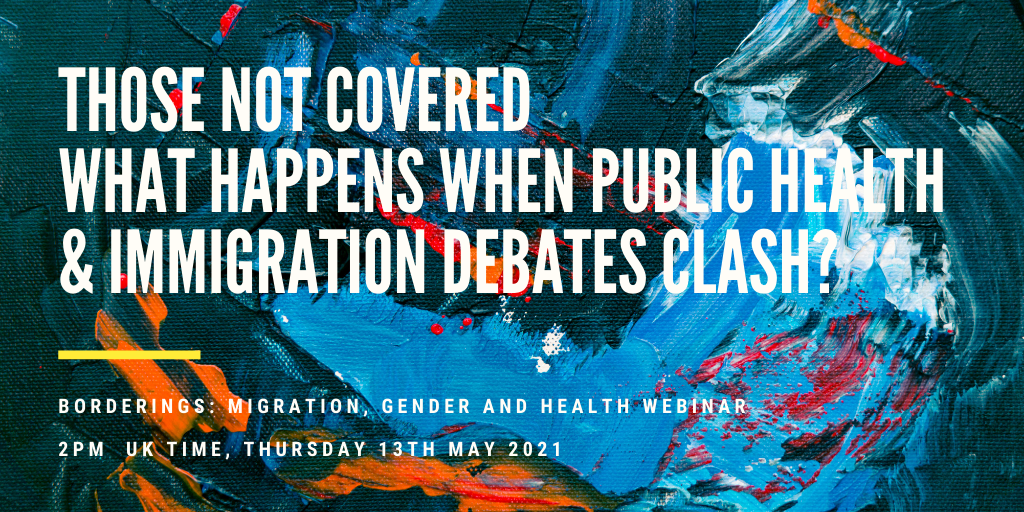 Migrants’ health has become of immediate concern since the so-called ‘migrant crisis’. According to a 2020 report from the UN’s International Organisation for Migration (IOM), there are an estimated 272 million international migrants globally. Migration is both a public health and political issue.

Public health in its broad sense expands beyond traditional approaches to disease prevention to addressing socioeconomic and political variables that are associated with health and health inequities. Public health academics, practitioners and advocates aim to respond to the health challenges resulting from international migration and to address issues around social justice and public narratives related to the health of migrant populations. However, public health responses to migrants’ health often clash with the treatment of migrants in their host countries and governments’ responses to migration in the form of immigration laws. Anti-migration laws affect access to health services and health outcomes for this vulnerable population.

Dr Jess Potter is a consultant in respiratory medicine, public health researcher and activist. Her research focuses on access to health care and the structural conditions that shape these experiences.

Dr Jonathan Broad is a paediatric Doctor in London and Rwanda. He also is an academic at the University of Oxford and an activist.

Dr Sarah Boutros is a paediatric doctor in London with a special interest in safeguarding, migrant health, and the health response to modern slavery human trafficking.

Dr Seb Casalotti is a junior doctor. He has volunteered for the consortium of medicolegal organisations that are working to document the harm caused by barrack accommodation for asylum seekers in the UK. He is also part of Docs Not Cops, a grassroot campaign who resist Hostile Environment policies in the NHS.

Aliya Yule is a Healthcare for All Migrant Organiser at Migrants Organise, a platform for migrants and refugees to work together for dignity and justice. She works on the Patients Not Passports campaign, organising with migrants, healthcare workers and community groups to end Hostile Environment immigration controls in the NHS. She is developing a direct action casework model to support people excluded from or charged for healthcare to build community-led campaigns

Kenan is a Syrian asylum seeker who arrived in the UK last year. As a result of torture in a military prison in Syria, his mental and physical health have severely suffered. His journey from Syria to the UK had also been traumatising, not least because of witnessing deaths of other migrants on the sea. When he reached the UK, he was expecting a safe sanctuary, instead, he found himself in an old army camp in Wales.  He was the founder and the first chairman for the Camp Residents of Penally and he is also the founder of a charity called Life Seekers Aid ( LSA ).